Text that moves on the page 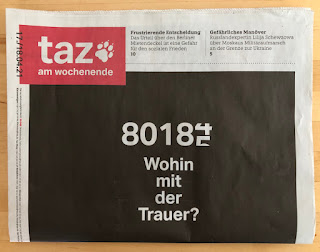 No, I'm not talking about transactions or animations. I'm talking about graphics design.  This is dynamic text. So if you are thinking about visualizating a counter, here is a posibility.
Post a Comment
Read more

How to multi color a shape in Keynote

I recorded this some weeks ago. Applying an advanced gradient filling to a shape in Keynote has its pros and cons, but for irregular shapes it might be very useful.
Post a Comment
Read more

How to choose the second (sans serif) font 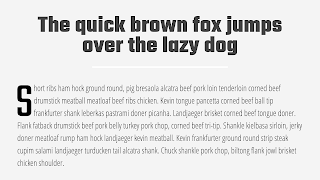 The text above is made of two different fonts: Teko and Open Sans, both sans serif. They work together because they are very different, i.e. the contrast is significant. Take a look at the details above. The clear difference is found in the a and g, but such subtle in the e and s: The stroke at the end of the e and s, the terminal, is different. So is the main stroke of the s, the spine. Even more subtle contrast is the bowl or curvature of the o, and the dot of the i's. While one is a rectangle, the other is an oval, which brings me to the topic of contrast in the shape: The more pronounced the curve, the softer a shape is perceived. Traditionally, banks and law firms logos and fonts are serif and the strokes a straight rather that curve, obviously there are exceptions, especially with generational changes. Consider the shape of a font and it's emotional relationship to the subject your presenting. Education might hold a very playful font like comic sans (yes, come after m
Post a Comment
Read more
More posts